As the mileage ticks on the odometer and I hear the bwap bwap of a motorbike, my Subaru’s tires hugging the road around another tight rocky curve, for just a second I’m cruising along the heart-stopping road into Cinque Terre. A trip from a former life and a different world. I’m not in Italy. It’s locked down, just like the City of Angels I choose to call home.

The reality of this alternate universe we’ve stepped into is starting to hit home. The local trails in Griffith Park, near my 1920’s apartment in Silver Lake, have just closed. My early morning diversion is not an option anymore. The running trail around the Silver Lake Reservoir, that the Spanish style townhouse I reside in sits upon, is now overrun. Everyone is here. Some wearing masks, but most not at this point. The Great Mask Wars of 2020 are just starting to unfold under the aged French doors of my lake facing bedroom.

I decide my daily walks around the lake are too dangerous to proceed with, so I look to our local forest. When I first moved to Los Angeles twenty years ago as a young New Orleanian, I was fascinated by this wilderness within the county lines. Having grown up below sea level in a flat expanse of swamp and river, the reality of having a mountainous wilderness within a half-hour of home was unfathomable. I spent every weekend that I wasn’t working on film sets as a production assistant, exploring. I would proudly display my Angeles Crest Forest Adventure Pass on the dashboard of my late 90’s Dodge. But somehow over the last two decades and the expansion of my California journey, I forgot about this passport to another world, right in my backyard. 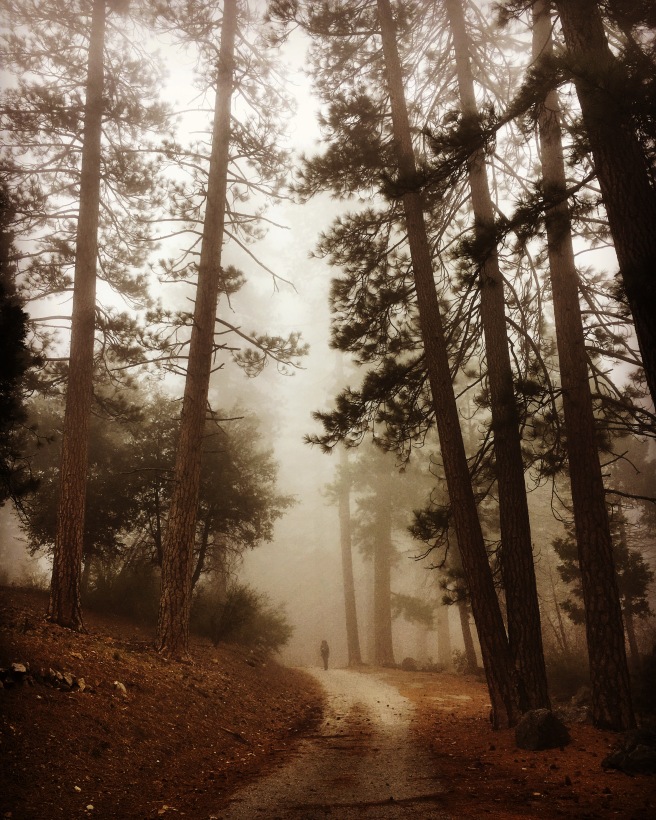 My first trip out I played it safe. The forest is legally open and only some large trails are closed. I find my way to a locked gate, leading to an obscure track on the Silver Moccasin Trail that I so often explored in the early spring season with my first roommate. The dirt trail led to a favorite campground, then to the peak of Mt. Hillyar. I had my gator, I was using as a mask, around my neck, ready for any trail interactions. In four hours, I saw no one, except one mountain biker I crossed on the campground road.

A couple days later I went back. I did another low use area, and then another. I dug out my ragged, twenty-year-old Trails of the Angeles book, and started diving deep. Modern Hiker’s website became a pandemic essential for me. Mt. Hillyar led to an obscure Charlton Flat hike. Charlton Flat led to Mt. Williamson. Mt. Williamson led to Mt. Islip. Mt. Islip led to Cooper Canyon Falls.

Every other day I was escaping to the Angeles Forest to cope. My morning commute became a cell-free drive down an empty canyon road to a five to seven-mile hike. For the first time in my career I wasn’t worried about missing a work email, because there was no work. I didn’t stress about missing a call from a director or client. I just checked out into the empty forest every couple of days to explore a new trail. The excitement of seeing something new in the forest became the therapy I needed to survive so much uncertainty. Financial stresses, endless unanswered calls to the unemployment office, bill juggling, trips canceling, projects disappearing into the Covid-19 abyss. None of that mattered on the trail. There was just the winding road and motorcycles whipping past me on the way to another soul cleansing, thigh-burning hike. 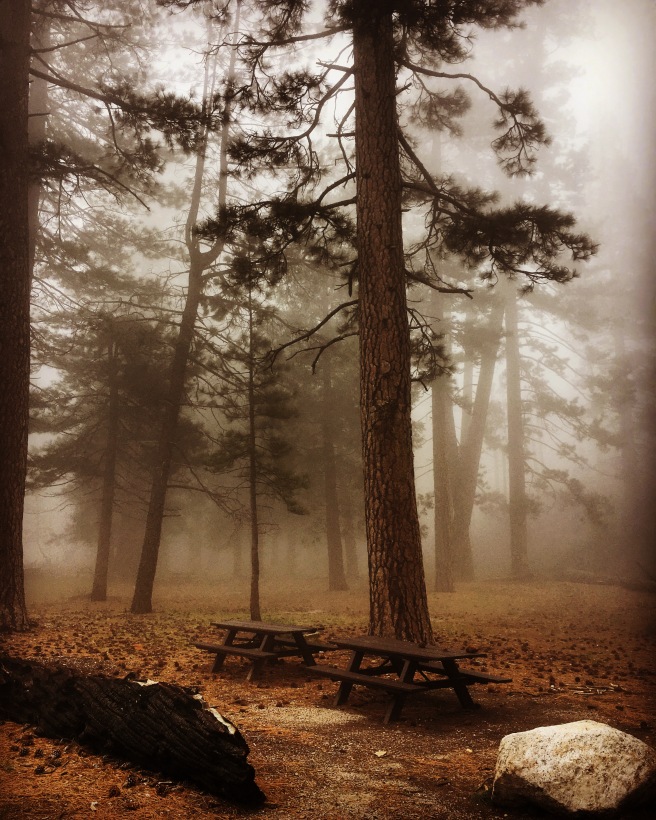 The foggy, chilly mornings from early in the pandemic, became blazing hot spring days. That raw smell of California chaparral heavy in my nose as I climbed from one rocky mountaintop to the next. My skin chapped and wind burnt from longs hours on exposed ridges. The paleness of my arms and legs, transformed into tan limbs normally not seen till summer. Socks wet from crossing streams laden with spring’s runoff. 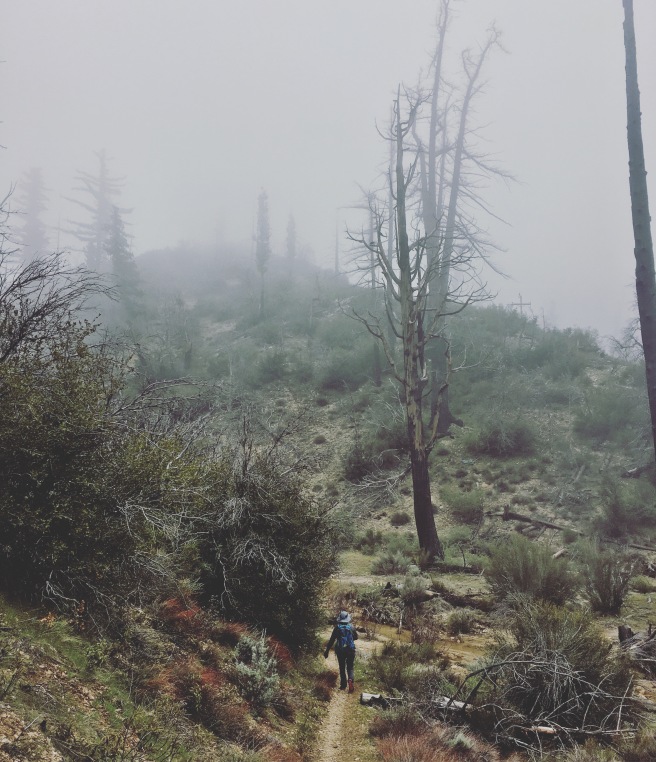 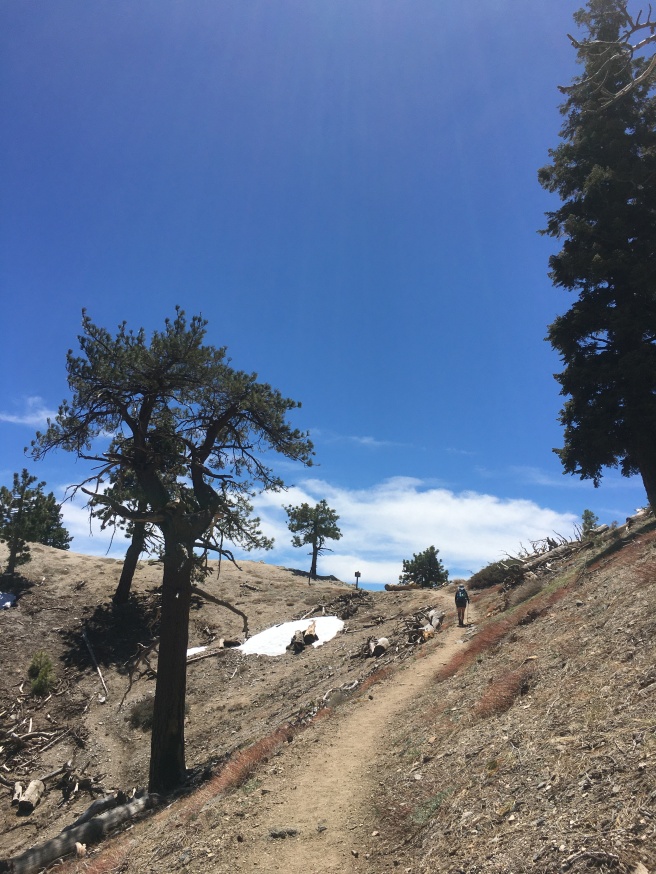 The soft sounds of bird chirps were my new conference calls. The crunch of boots scrambling on rocks and dirt had replaced walkie chatter and shouts of “action”. Instead of a color correct playback monitor, I was staring at expansive vistas. Identifying peaks, instead of issues with product placement or logos. 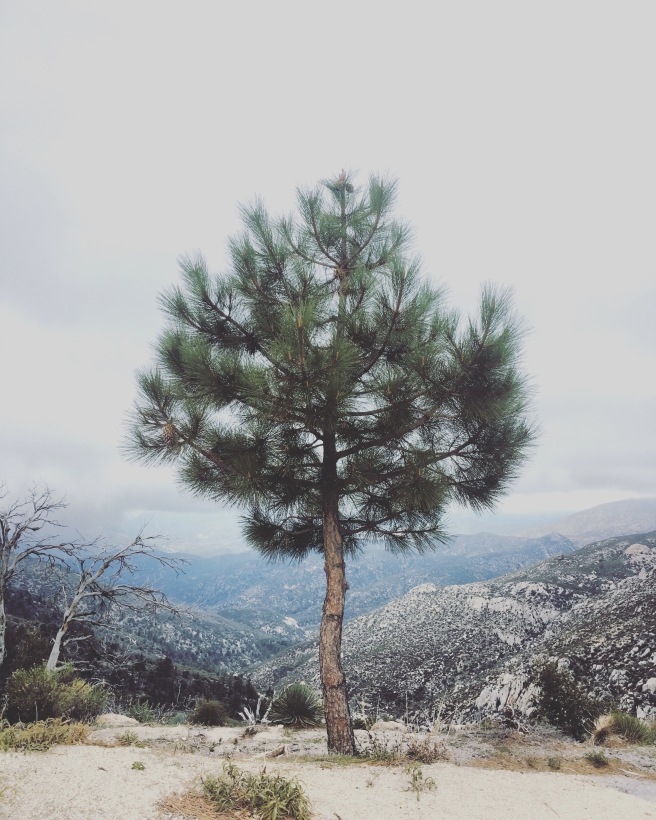 I do miss the adrenaline rush of our rapid work lives, but maybe this pause is also a lesson. If an email isn’t immediately answered that’s ok. If an after-hours text is missed because you are putting your kids to bed that’s ok. If you are offline for a minute because you went for a walk, that’s ok too.

It’s a reminder that we are all humans and not machines, and the world doesn’t end if the wheel stops spinning so fast. How do we take these lessons and move them into our future? How do we make the amazing technology that we’ve been given work for us, instead of us working for it?

In the meanwhile, I’ll be on the trail searching for answers…. 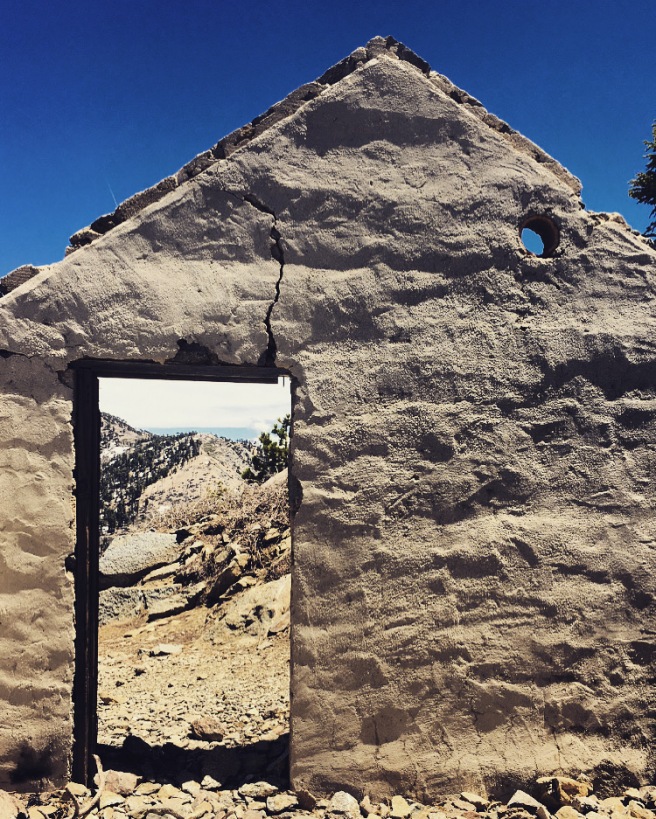 Absolutely thrilled to be included in the Summer issue of @yolojournal, writing about one of my absolute favorite places in the world. Mammoth Lakes, CA.
I’ve starting sharing in stories some of the amazing moments of our camel safari. Camp life with these characters was always interesting! @toddritondaro @alexbeardstudio
After a 6am wake-up call for a horseback ride, then straight into lunch and a hike to the famous Pride Rock (the Disney animators stayed here while gathering inspirations for The Lion King), I decided to skip the evening game drive and have a little me time before the 4 day hike in the bush with the fellows. I think this was a wise decision….@boranalodge
Finally had a minute to look through some photos from the last few days and ran across this one of @mepukorifrank from our “photo shoot” in the bush. When you step into a jeep and meet your guide for the first time it’s like going on a first date in high school. You are going to be spending all day in a small space together, with a lot of trust on both sides. Frances over delivered on every level. From cracking jokes to neighboring jeeps, to his keen driving, and even keener eyesight ( does being tall make you see better?! ) he was pure joy! Thanks you Frances and thank you @lewawilderness and @honeyguide_safaris for the most incredible 48hrs.
Was sipping a sundowner watching these two brothers as this scene unfolded in front of us. Everyone needs a cuddle as it turns out, even the king of the jungle.
That moment when you are just taking a simple video of a few zebras, and a hungry lion causes a stampede RIGHT into your frame in the most perfect morning light. 🙌 Turn your sound on! @lewawilderness