Alone, in the night, in the dark….

After an incredibly long lecture by my boyfriend about how I shouldn’t announce to the world where I was going all the time, and how I should be less honest with strangers, not be so naïve, etc,  I came to the startling conclusion that if anything did go wrong I was “Alone. In the night, in the dark.”  To quote a line from one of my favorite classic films the 1963 version of  “The Haunting”.   Having grown up in Cleveland, OH and living in New York for 14 years he failed to understand the never ending openness of us gentile Southern borns.  I find it incredibly difficult to not be honest at all times,  I also hate being “fussed at”.  Abe Lincoln and I would have sure been pals.

To quote another line from the object of many sleepless nights of my youth,  “No one lives any nearer then town.  No one will come any nearer than that.”  Here I was with horror movies on the brain and a potential serial killer on the loose, no one nearer then the lodge, and no fast way to get there.   With my history of past violent crime I knew that with my luck chance wasn’t exactly tipped in favor of my safety.

I decided to do a quick weapons check of the cabin. …

One axe, several kitchen knives, bug spray, a cast iron skillet in case I wanted to go complete Laurel & Hardy style, a lot of wood logs, a hammer and nails, fireplace poker, candle stick, some rope, and various other weapons to round out the game of Clue.

Now the question remained would any of these items strike fear in the heart of a ginger murderer on the loose?   I had all night to ponder these questions and indeed I did as was reflected by the dark circles under my eyes the next morning.  So far the contest to sleep at the cabin was being won very strongly by CABIN.  Cabin 2 – Fosho 0.

Would an inflatable kayak be enough to surprise a would be intruder?  An animatronic Christmas deer?  The floral pattern on the wicker chair was pretty scary, maybe I could just wave that at them and they would run away in terror, their design senses completely offended. 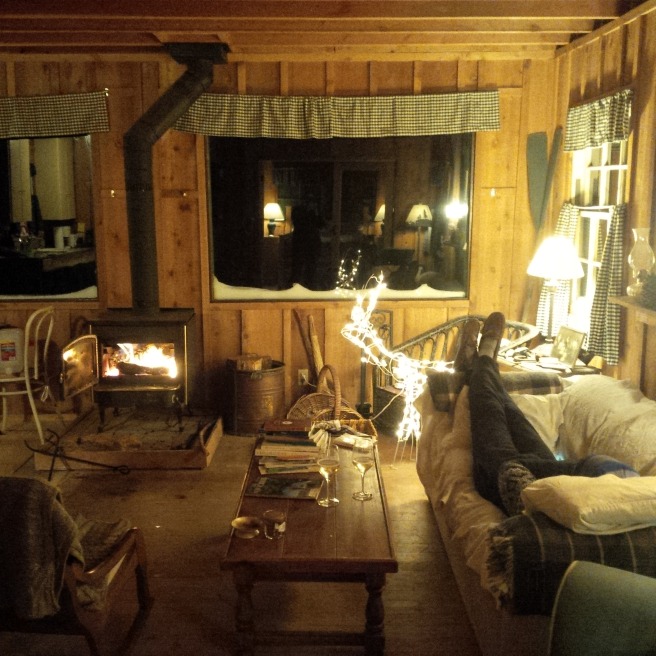 I figured since they would have to break a window to get in, maybe I would have a couple of minutes to mount my defense.  After all they would have to pull themselves up over a windowsill covered in broken glass.  Would that give me enough time to crack them over the head with the frying pan?  Would I actually be able to “axe” someone.  Being from New Orleans I had “axed” someone many a question but would I be able to wield an actual weapon and harm a human?  I briefly considered getting my grandfather’s old dueling pistol out of mothballs.   Although since it was a ball and powder gun by the time I actually got it loaded I would probably have set myself and the whole cabin up in a Pirate’s of the Caribbean worthy charge.

I had never spent much time thinking about defending myself.  Being mugged 3 times at gunpoint in the course of 5 years I had had my share of terror.  In all those situations the largest weapon I had was a set of car keys.  There wasn’t much time to do anything but keep moving and hope for the best.  I was now however a defender of my own castle.  What would Jon Snow do? 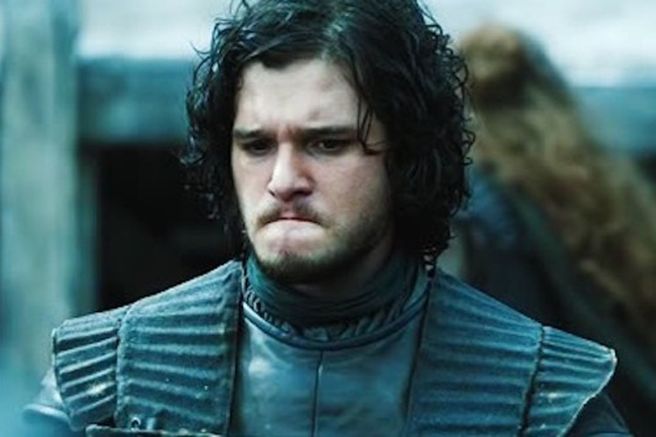 I spent the next 8 hours pondering that question since sleep was certainly OUT of the question.  The bed being surrounding by windows on two sides I kept expecting to turn over and see my little friend with his face pressed up against the glass in a grotesque game of peek a boo.  I did fear that my heart was going to be beating it’s last when I turned over upon hearing a scurrying sound on the inside of the wall to watch as a tiny little mouse trying to escape the cold popped it’s head out and said hello.  Probably a good thing the roads were closed and no neighbors were present as I’m pretty sure my blood curdling scream could be heard halfway across the lake.

Sleep is for the weak anyways right?

After careful consideration I had decided on a few different sources of protection.  First was immediately putting the shutters back up on the bedroom windows.  No need to spend anymore time imagining turning over and waking up with a face close enough to administer a nice shave.  (Shaving razor? Hmmm another good weapon mayhap?)  Next I moved the axe, phone, and kitchen knife within easy reach.  I stuck the cast iron skillet under the bed for good measure.

But the larger problem remained.  I was hoping to spend some time there in solitary confinement and internal study.  So far the internal reflection had consisted of an extensive list of ways that I could die while alone at the cabin.  Not exactly a good topic for breathing meditations.  Unless panic attacks, shortness of breath, and a Woody Allen neurosis version of zen is what you were into.

Do I buy a gun?  Should I get a taser?  Mace canisters in every room?  Security guard baton with laser pointer and blinding flashlight as a friend suggested?  (This I may just get for fun with house guests!)  Daryl style cross bow?  A pit bull and a rottweiler?   A pot of boiling oil to be dumped from the loft? 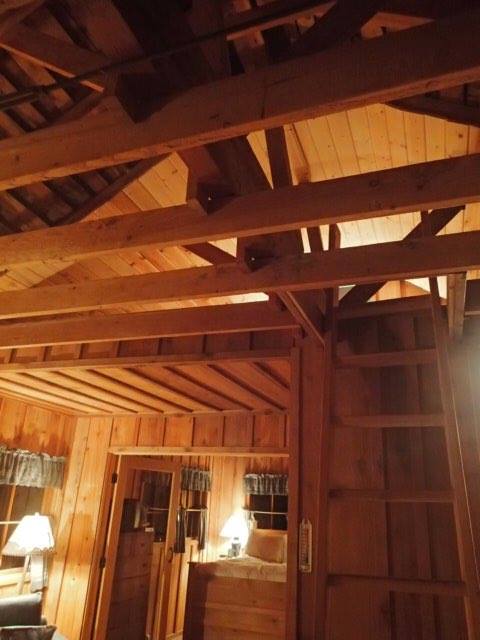 Would I actually be able to shoot someone?  Would just cocking a shotgun put fear into a would be intruder?  Would a laser pointer make people think I had a gun and I meant business?  Should I just start borrowing a dog everytime I ventured up alone?  I was pretty good with the BB gun, would that be enough?  (Seemed to cause Ralphie’s parents quite  a fright.)  Archery seemed to work really well on The Wall but would a bow and arrow strike fear into your local insane douchebag?

If I did manage to disarm someone, mace them into a curling ball of regret, or knock them out cold with the frying pan, I STILL had to somehow get myself into snowshoes and to Tamarack and safety before they managed to recover.  I could see me trying to run in snowshoes in a Bozo panic.  Would I have to knock them out and truss them up somehow until I had time to get away safely?   (**Note to add zip ties to my defense budget.)   Around and around these thoughts went in my head ALL NIGHT LONG…..

Do you think those secret service guys that got me drunk at the Vancouver Olympics would be available?  It’s about time those tax dollars paid off!

On the 3 month anniversary of my hiking accident, I thought it fitting to share a blog post of my disastrous day in the backcountry of the Sierra Nevadas. It’s been a long slow road, and for a person who lives to be in the mountains, not being able to even walk outside for months has been emotionally taxing. It will be a bit longer before I’m out on the trails again, but the process of learning how to walk again has finally begun!
Made it out of the house (bedroom!) to celebrate another spin around the sun for @toddritondaro. I like to call it a jail break with palm trees and margaritas. I would also like to just advise all of my outdoor friends to never ever, ever, EVER break an ankle. I missed the “outside” so much!
Shared a look into our incredible fall road trip through the south of France with @yolojournal today in stories!
These girls are my people. Just sitting there staring at a sea of salt.
Finally took some time to look through photos from our France trip. I feel like this photo sums up how wonderful it was to be back in Europe, sitting at cafes, drinking champagne, and the joie de vivre of it all!
Those summer nights in New Orleans. I always love gazing across the asphalt at this creole across the street. I’ve never met them and never seen them, so I am assuming ghosts live here.