Winter guests!  I was so excited! 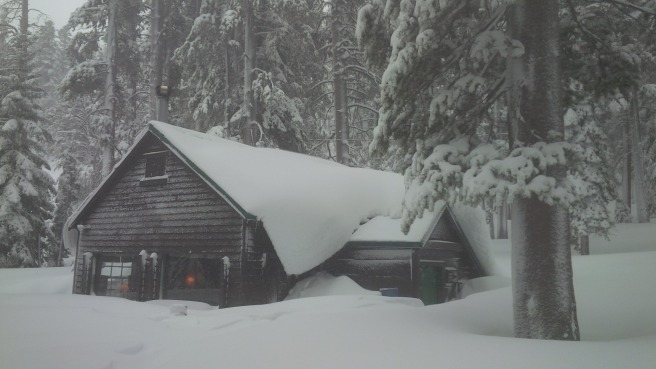 Outside of my very first cabin guest Shawnte, who spent her whole visit selflessly helping me clean out mouse poop covered items in the mud room that ended with us both obsessing over whether or not we had contracted the hantavirus, no one had come to visit.

I guess not everyone’s idea of a dream winter getaway was spending it washing dishes and various body parts with a handy wipe and pooping into a compost.  We did however have some takers! 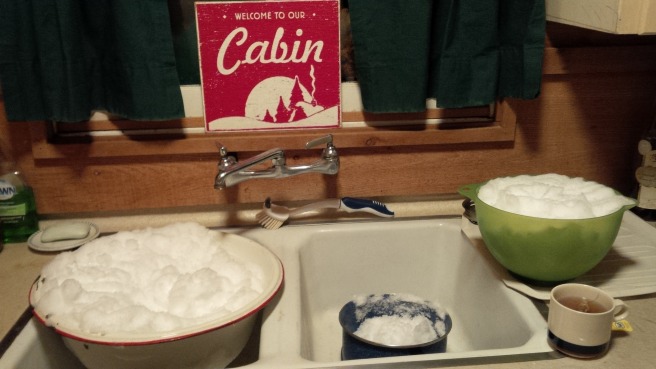 Our first course of business upon arrival was getting INTO the cabin.  It had snowed quite a bit since our last visit and the cabin door was pretty much buried.   It was fun to open the door and then toboggan right into the mud room.  Hazardous on snowshoes but rather fun! 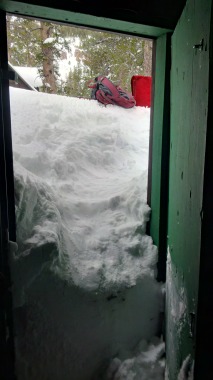 I do rather enjoy shoveling out snow steps and we’ve come to realize getting these right are super important especially when trying to take them in snowshoes.  I bet Bozo The Clown was a kick ass snowshoer.  He could probably even go backwards.

My friend Paul and his buddy had decided to come out and join us for a winter ski weekend.   They were wonderful, thoughtful, adventurous guests, and we absolutely loved sharing our off the grid experience with them.

I’ve realized however after out trial winter guests that some winter rules were probably in order.

Commandment #1: THOU SHALL NOT PEE 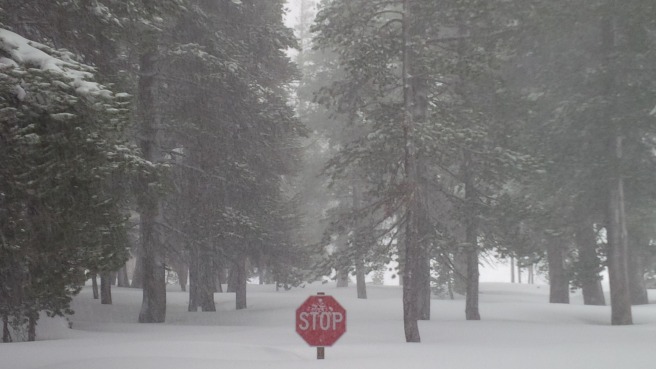 Pee that is into the compost toilet after drinking copious amounts of beer to the point that the one girl in the group “moi” had to empty the pee jug at 2am after it spilled all over the floor.  The next night I made the wise pronouncement that any male drinking beer in the cabin had to go pee outside in the snow unless it was an absolute emergency or their feet were broken from falling drunk down the loft ladder.  That’s what johnsons are for right? Peeing outside.  I rest my case. 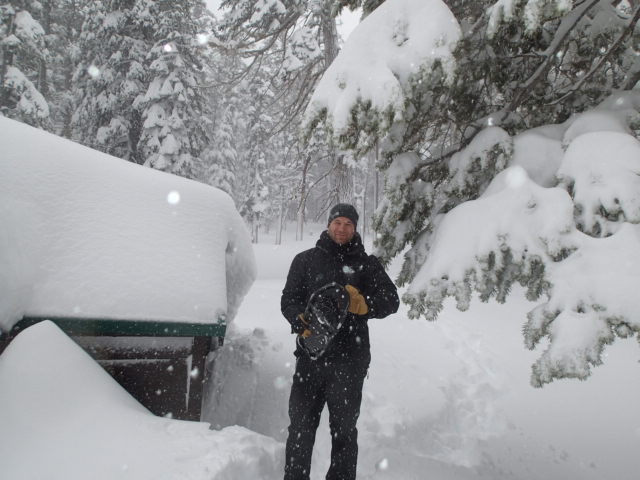 Commandment #2: THOU SHALL NOT ARRIVE AFTER DARK

I’ve realized when you suggest someone not come after dark on their first night it is very different then telling them they CAN’T come after dark on their first night.  Although I had several conversations stating how unwise it was to arrive at the cabin after sunset, then having to snowshoe down an unmarked trail in the pitch black my first house guests still managed to arrive well after dark.  With no flashlight.  Thank goodness the iphone has a strong light, although a very weak battery life as they soon realized!   I don’t think they caught that checking into the cabin isn’t quite the same as checking into The Mammoth Mountain Inn.

Commandment #3: THOU SHALL BE RESPONSIBLE FOR GOING OUT AND FETCHING PIZZA

I think this commandment is self explanatory. 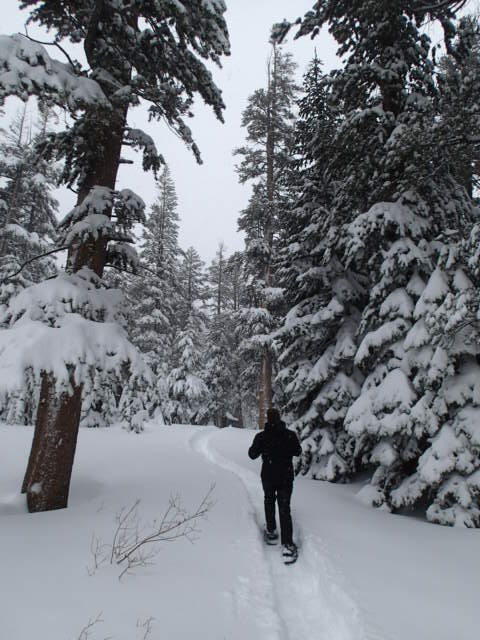 After the boys late evening arrival in the pitch of night we got them settled in with some nice hilarity.  It’s interesting what people decide is important to lug through the snow, on their backs, in the dark, on snowshoes.  There was a Mary Poppins worthy moment when Paul started gorging things out of his back pack that he had brought.

The case of beer was of course expected, they had however left all their water in the car with the decision of not having enough room, beer always trumps water.  The jury is out on this one.

My favorite food decision was their two massive boxes of Jimmy Deans breakfast sandwiches.  I had mentioned that things for breakfast that could be cooked in the oven or boiled were wisest to avoid messy dishes and their solution was… Jimmy Deans!  While being the most unhealthy thing on the planet they were surprising delicious especially when we had them AND pizza one morning.  Mountain Breakfast at it’s finest!

I’m sure the bears will be breaking in in the spring to get their hands on the uneaten second box.  I guess they are handy to have in case of a snowed in Donner Party style emergency.

The snow was dumping, the boys were excited, and we were all ready to hit the mountain for some serious powder.  Or so I thought.  I guess the boys were ready but I apparently was not.  I first realized I had managed to leave not one but both my pair of goggles at home.  No big deal I thought, I can manage to get by with just sunglasses.  We loaded up the car and set out for the hill.

Then the car started making a funny noise.  Then a light came on.  Why does this only happen in Mammoth in the middle of February and only on a Saturday?  I wasn’t going to let bad luck ruin the fun for the gang so parked and unloaded the skis and set out to try and get an appointment for that day.  They didn’t have room for me till after lunch so I decided I might as well grab a few runs while I wait.

Remember those sunglasses?  By the time I got on the mountain it was a straight up ice blizzard.  I tried to do a run in my sunglasses and felt like my eyes were getting raped by a platoon of swarovski crystals.  I gave it a couple more tries and decided after almost falling every 3 turns because I couldn’t see that it probably wasn’t worth going blind or breaking a leg for a couple of measly runs before I had to inch the car to the mechanic.  It’s fine tomorrow was another day and the weather was supposed to be nicer. 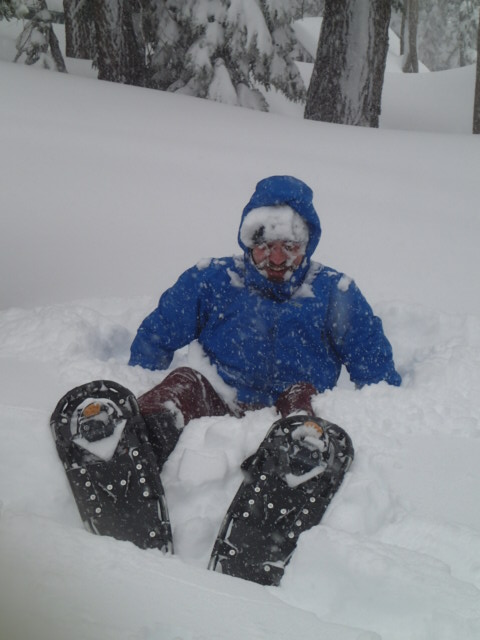 Which it WAS!  Only my skis were locked in the mechanic shop that was closed on Sundays.  I hadn’t thought of that when I handed over the subaru keys and left to await the verdict.   Yes my car was fixable but only with a part out of Bishop which they couldn’t get till Monday.  No big deal, I had my own place now, and could stay as long as I like.  No more worrying about extending an expensive room night, or the hotel being sold out, I had a long term reservation in with the US Forest Service!

Now if only I had remembered to grab my skis!  There’s always next time.  Ironically though the next trip up I remembered my goggles but then forgot my ski boots.  In my 15+ years of skiing Mammoth Mountain I had never forgotten one of those items let alone two of them in a row.  Either the cabin altitude was making me ditzy or there was some serious forces at work to keep me off the hill this year!  I wonder if The Ghostbusters need to be called to exercise the mountain for me? 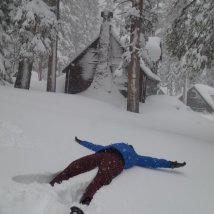 One thought on “Three Guys & a Case of Beer”